If you are wondering whether you can cook pork from frozen, or the best way to defrost pork quickly, the answer depends on a few factors. Check out our guide on cooking frozen pork for all the details.

Have you ever forgotten to defrost your frozen pork the night before you need to use it? I have, and following a disastrous attempt to defrost it at speed in the microwave, I decided to do some research to find out if you can cook pork from frozen.

So can you cook pork from frozen?

When cooking pork it is important for the temperature of the meat to reach 145°F/ 63°C before consumption. However, it is slightly more complicated than that because the important point is that the pork should not sit outside the ‘safe temperature’ range (either below 40°F/ 5°C, or 145°F/63°C or above) for long, as bacterial growth can occur.

This is why frozen pork should never be left to thaw on the countertop – as soon as it warms up above 40°F/5°C bacterial growth will speed up, and if you leave it at room temperature until the center is thawed before you cook it then the outside will have been above this safe temperature for too long (maybe hours depending on the size of your pork cut), and levels of harmful bacteria will make it unsafe to eat. See below for the best methods to defrost pork.

However you choose to cook your pork, it is important to measure the internal temperature accurately to ensure it is safe to consume.

Can you cook pork from frozen in the oven?

Yes, you can roast or bake pork in the oven from frozen. However, the cooking time will be around one and a half times as long as for unfrozen pork. For example, if a recipe for cooking fresh pork takes one hour to cook, then using frozen pork for the recipe would take 1½ hours.

Can you cook pork from frozen in the air fryer?

Yes, you can cook frozen pork in the air fryer. However, the cooking time will be longer. It should take around one and a half times as long to air fryer frozen pork vs unfrozen pork. For example, if a recipe for air frying fresh pork takes twenty minutes to cook, then using frozen pork for the recipe would take thirty minutes.

After cooking frozen pork in the air fryer, always check the internal temperature of the pork in the center of the thickest part to ensure it has reached 145°F/63°C or above before you consume it.

Can you cook frozen pork in a pressure cooker?

Yes, you can cook frozen pork in a pressure cooker, or Instant Pot. However, you will need to increase the cooking time by around one-third. So if the pressure cook time was 15 minutes, then pressure cook for 20 minutes if the pork is frozen.

The only problem with cooking it is a pressure cooker is that you cannot measure the internal temperature during cooking as you can if roasting it in the oven. However, you can check it when the cooking time is up and pressure cook for an additional period of time if it hasn’t reached the safe temperature of 145°F/63°C or above in the center of the thickest part.

Can you cook pork from frozen in the slow cooker?

No, despite what you might read on the Internet, you should not cook frozen pork in a slow cooker. Because the cooking time is long and slow, the pork thaws out during the first part of the cooking time, but doesn’t reach the safe temperature (145°F/63°C) for a few hours, potentially leading to harmful levels of bacterial growth (and foodborne illness).

See below for some safe ways to thaw frozen pork, or try cooking it in an electric pressure cooker instead (on pressure cook, not slow cook mode).

How to cook a frozen pork roast

Whatever method you use, after cooking frozen pork roast, always check the internal temperature of the pork to ensure it has reached 145°F/63°C or above in the center of the thickest part before you consume it.

Can you cook pork chops from frozen?

You can cook pork chops from frozen using many cooking methods. Baking or roasting in the oven, air frying, shallow frying, or pressure cooking are all ok. However, cooking frozen pork chops in a slow cooker is not recommended, for the reasons outlined above.

If you want to shallow fry frozen pork chops, fry them over a low heat, and turn them often to ensure they cook evenly.

When cooking pork chops from frozen, the cooking time is likely to be around one and a half times longer than the cooking time for fresh pork chops. Also, please make sure you test the internal temperature with an instant-read thermometer to ensure they have reached the safe temperature of 145°F/63°C all the way through before you eat them.

Can you cook pork loin from frozen?

Yes, you can cook a pork loin from frozen in the oven, air fryer, or pressure cooker.

However, don’t cook a frozen pork loin in a slow cooker because the meat will take too long to reach the safe temperature of 145°F/ 63°C, and so a harmful level of bacteria may be able to grow during this time making it unsafe to eat (even if it subsequently reaches the safe temperature all the way through).

Always check the internal temperature of the pork to ensure it has reached 145°F/63°C or above in the center of the thickest part before you consume it.

How do you thaw frozen pork?

This means a small cut like a pork chop will need around 12 to 14 hours in the refrigerator before it is fully thawed and ready to cook. However, a large 10-pound pork shoulder will take around 48 hours to fully defrost!

Once the pork has thawed completely, it should be cooked within 2-3 days.

This requires planning, you need to remember to remove the pork from the freezer and place it in the refrigerator hours or days before you want to cook it. Luckily there are some ways to defrost frozen pork more quickly if you need to.

How do you thaw frozen pork quickly?

There are two ways to thaw or defrost frozen pork quickly. Once the pork is thawed using either of these methods you will need to cook it immediately, so only defrost it when you are almost ready to cook.

1. Use cold water to thaw pork

Probably the easiest way to thaw frozen pork quickly is to submerge the pork in a bowl of cold water, changing the water every 30 minutes until it is fully thawed. Only use this method if the pork is sealed in a leak-proof pack to prevent the water from touching the meat while it is defrosting.

Do not be tempted to use warm water, as this will raise the temperature above the safe range for too long before the center thaws.

2. Defrost pork in the microwave

The other safe way to defrost pork quickly is to use the defrost setting on your microwave:

If your microwave doesn’t have a defrost mode, microwave it at 20-30% power level for around 8-10 minutes per pound, adding more time if needed until it is defrosted.

So hopefully that gives you the info you need on how to cook pork from frozen, and some ways to thaw pork if you need to for your recipe.

Let me know in the comments below if you have any more questions about cooking frozen pork.

Check out the recipe index where you can browse recipes by meal type and category!

CHECK OUT THE RECIPE INDEX

*This blog post contains affiliate links, this means if you click on a link and go on to buy the product I recommend, I will get a small commission, but you will not be charged a cent more – thanks in advance for your support!

Welcome to Love Food Not Cooking!

I’m Eliza, busy mom, home cook, and blogger. My goal is to help everyone cook good food. Whether you are short on time, skills or motivation, there is something here for you! We have dozens of quick and easy recipes for dinner, lunch, side dishes, and more. Our recipes use everyday ingredients, for quick delicious meals your family will love! Read more…

Cooking delicious food doesn’t have to be difficult or time-consuming. With quick, easy to follow recipes that anyone can make, we've got you covered. 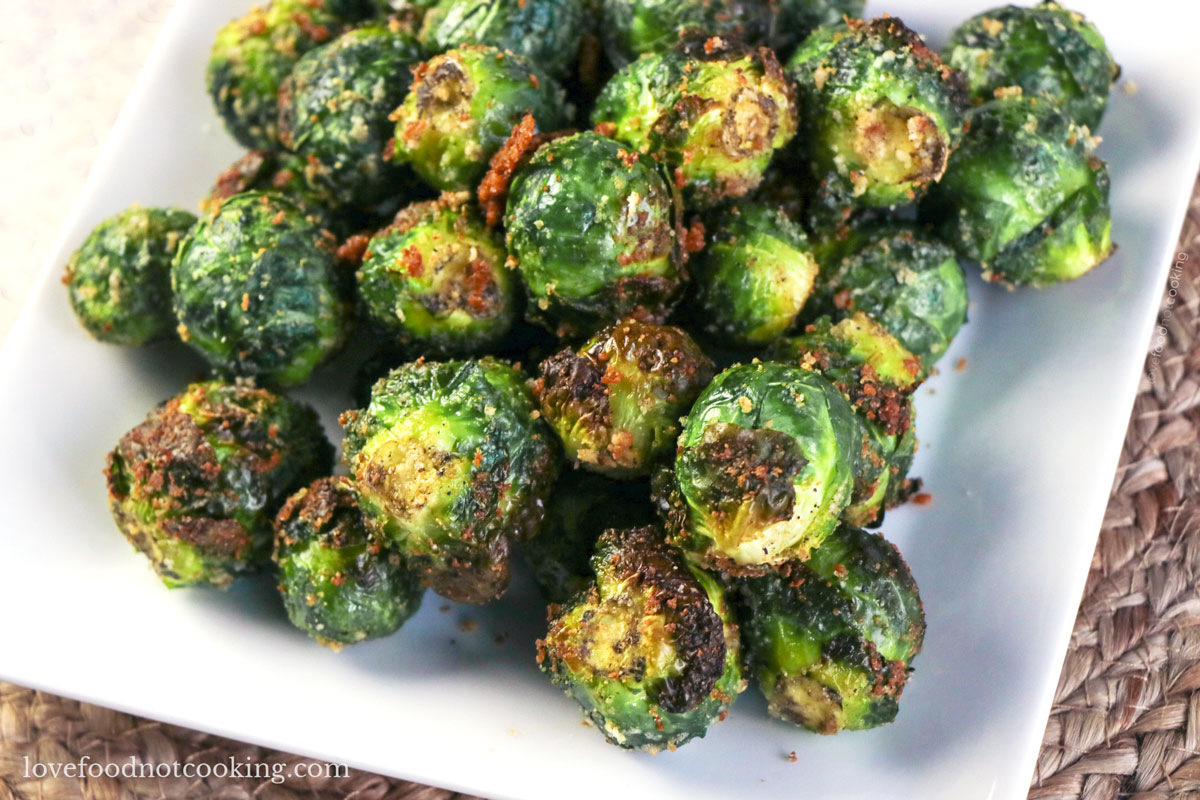 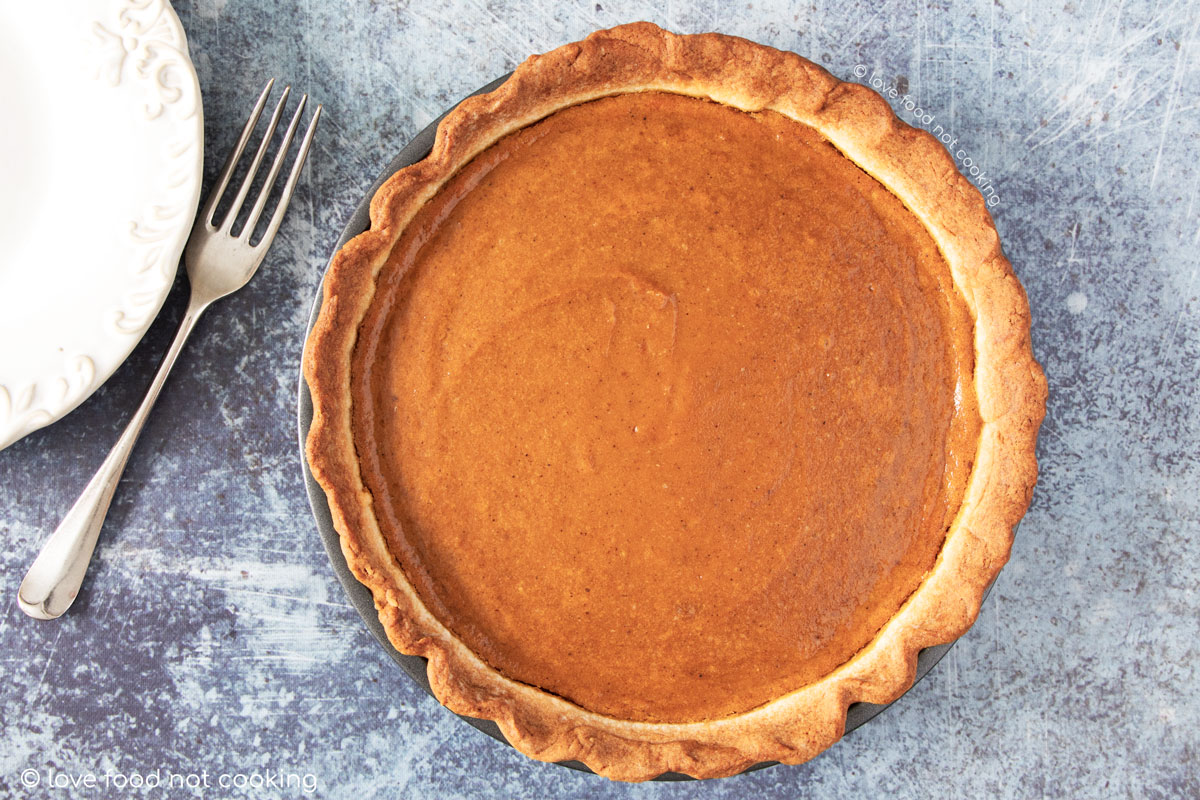 Need help converting a recipe for the air fryer? 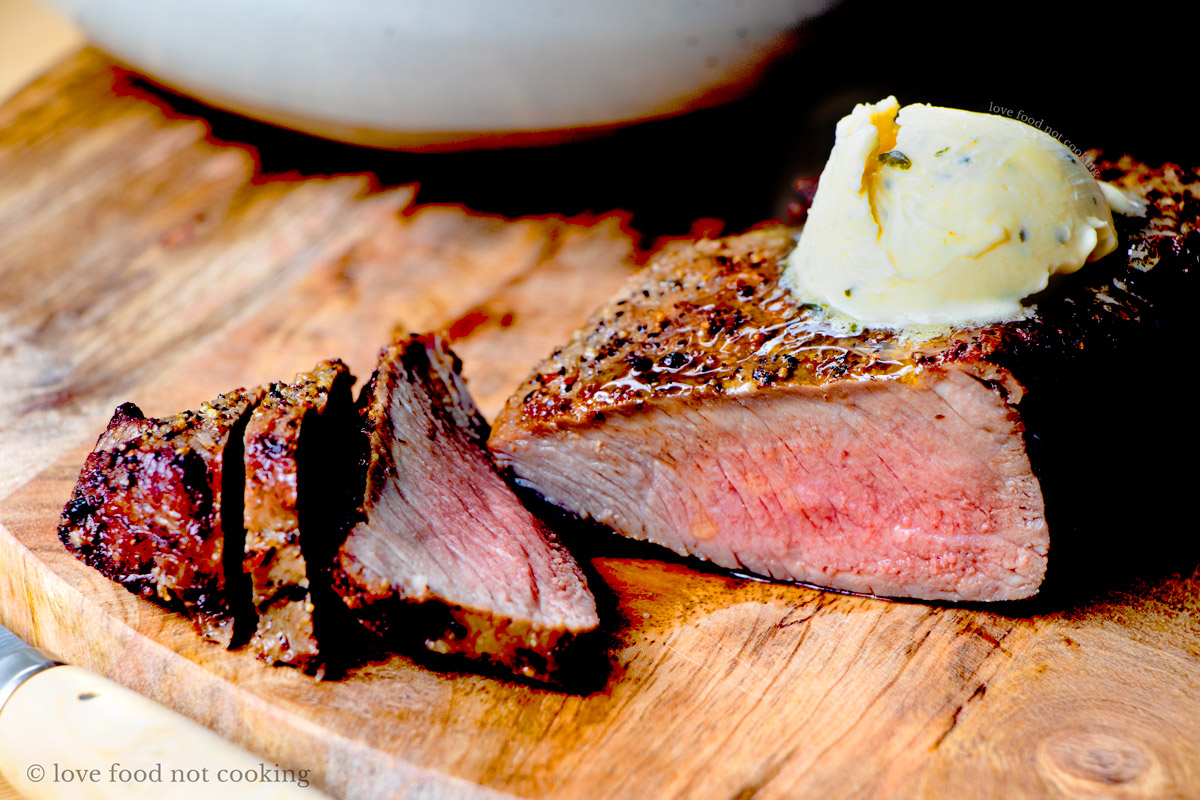 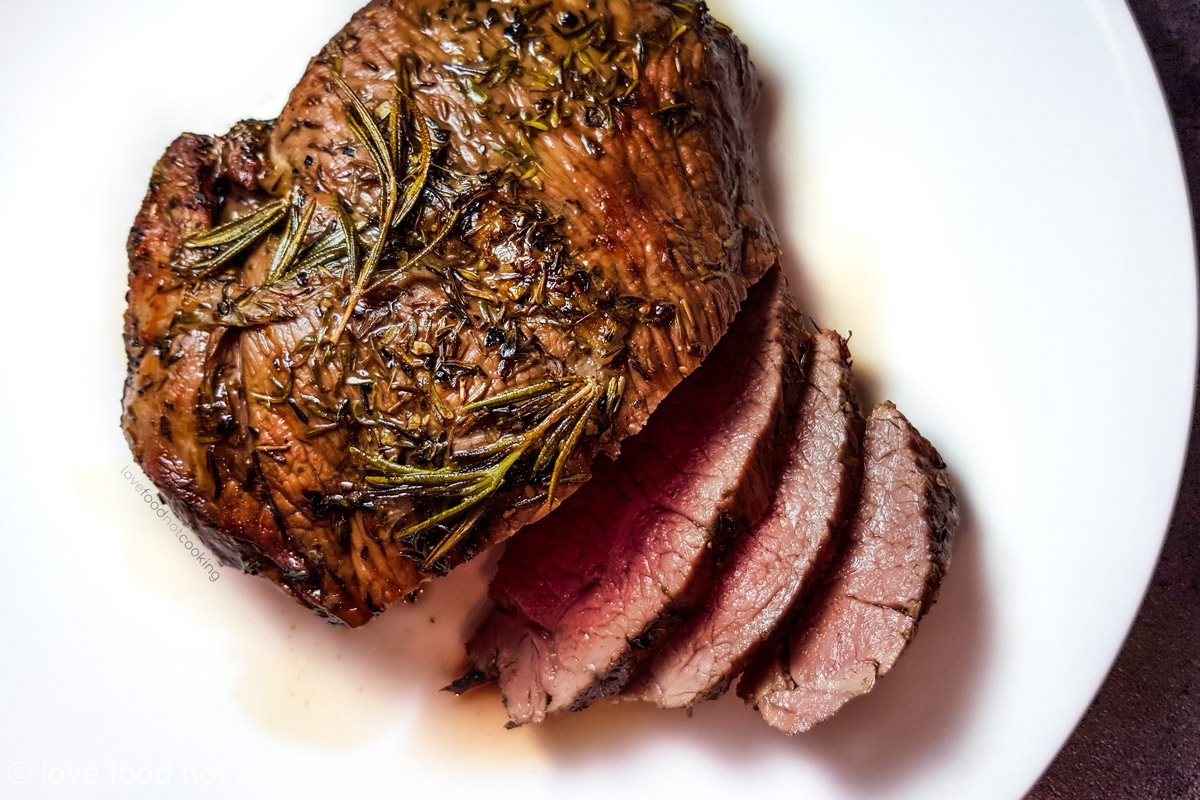 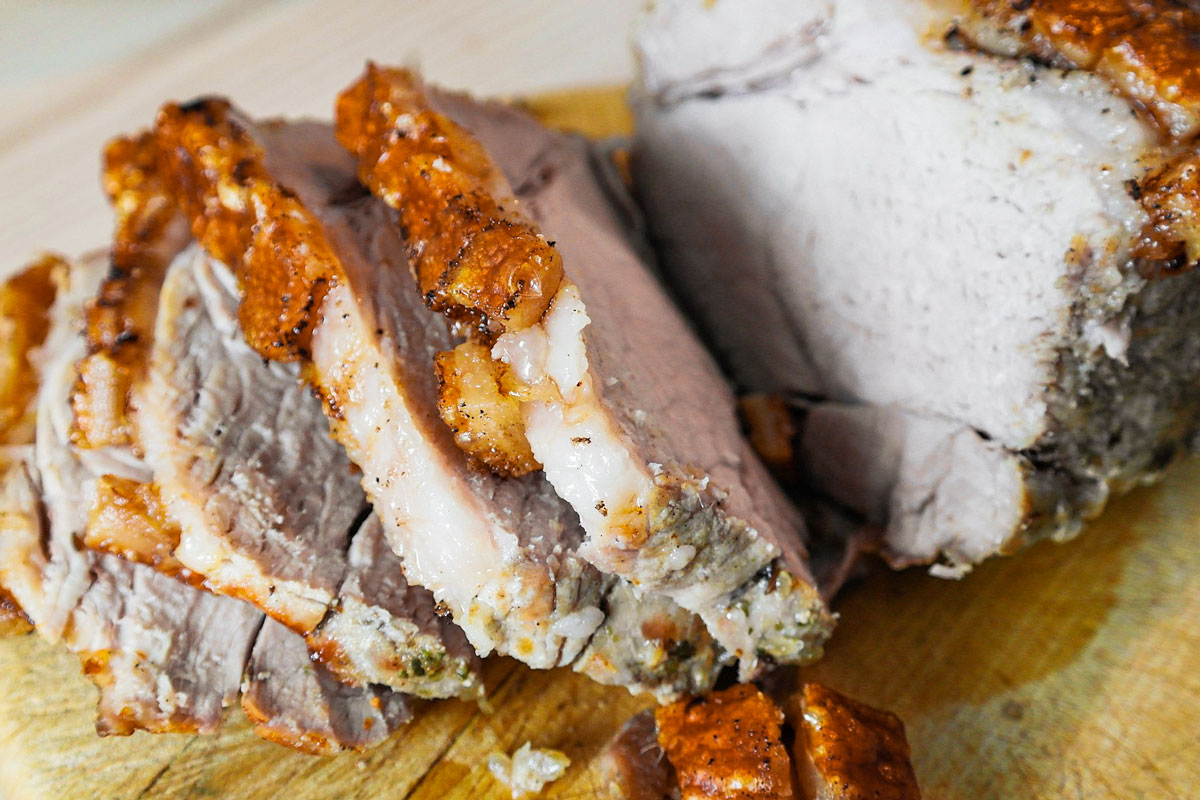 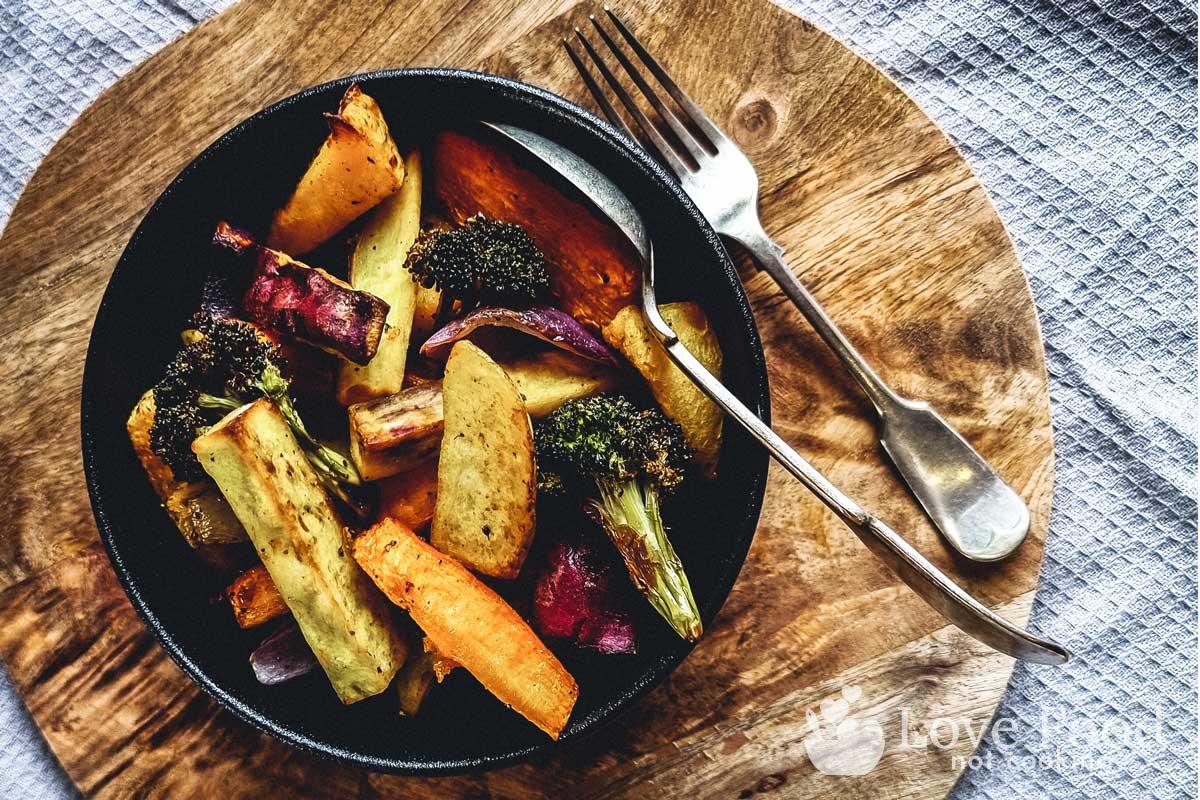 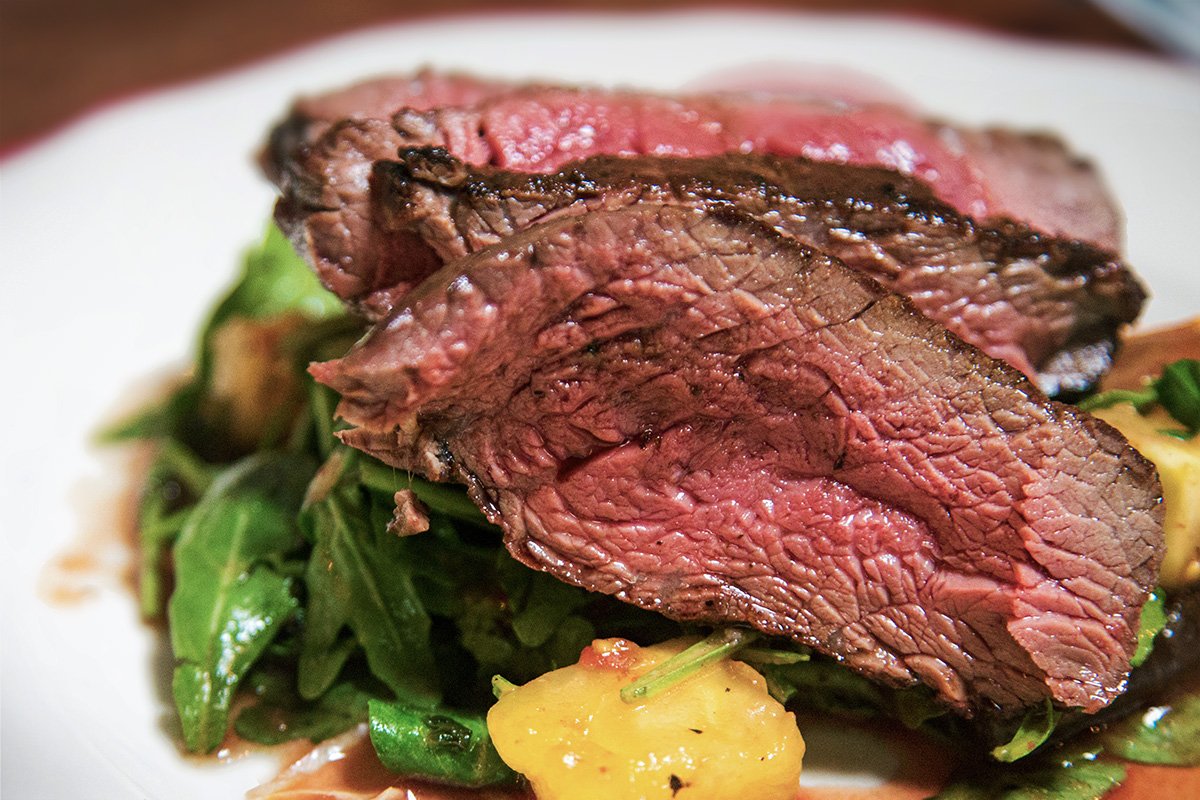